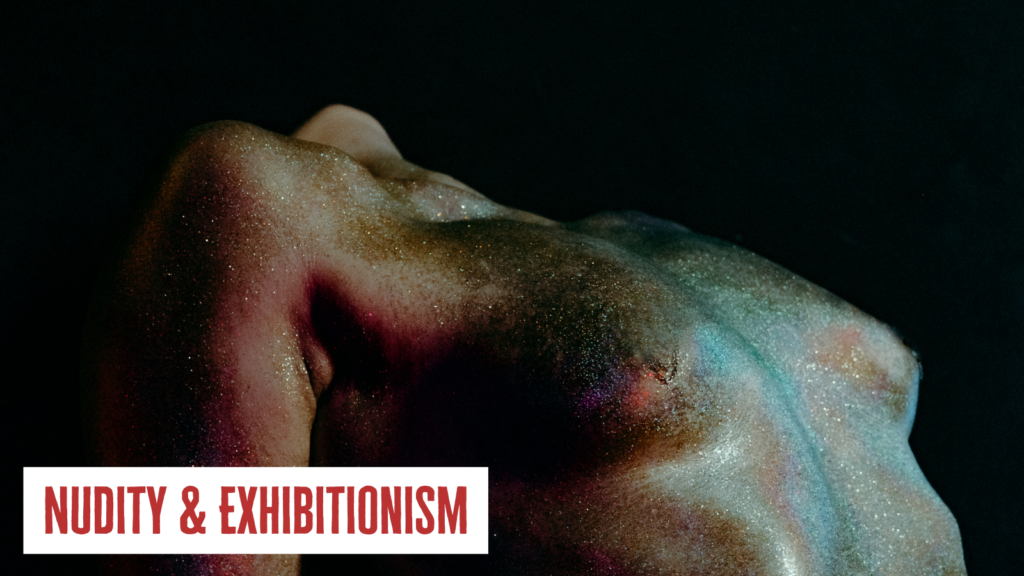 Nudity is a powerful social taboo to play with. Even in 2016, in the US we’re still afraid of nipples being exposed and  feeling scandalized when a man shows frontal nudity on Showtime.

By society’s standards, being naked in front of others makes you either a slut or a pervert or both!

(I’m in the ‘both’ category, thank you very much!)

The classic examination session is usually a good one. Remember that we’re not doing body-shaming here (unless that’s been VERY specifically negotiated) so instead think more of sexual objectification. Command your submissive to strip down, stand with their legs spread, and put their hands on their neck in order to fully reveal their body. Maybe have a little notepad or clipboard with yellow sheet paper on it to make notes about how their “slut responses” are working.

Turning the submissive into art or furniture while naked is also an excellent way to play with exposure & sexual performance, as long as they don’t get bored. If you have a submissive as a foot stool or standing statue, you can also put nipple clamps with bells to heighten their awareness of their exhibition

Other than nipple clamps, you can also heighten their feeling of exposure by leaving a single article of clothing on them. My personal favorite is pants/panties around the ankles, which also hobbles them as I force them to walk around the play space. You can also use other items of clothing or bondage to accentuate their nudity such as special shoes, a collar or a simple bondage harness.