March was a great month for podcast interviews! There’s quite a few popular sexuality podcasts available, and two of my personal favorites happened to have invited me on to talk this last month. 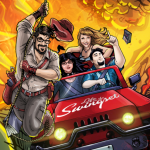 “Everybody fetishizes everybody… it’s up to you to make sure the person your fetishizing gives their consent.” – @princess_kali #sspodcast

I identify w/on the quantum level. Thank you, Kali. #sspodcast

Why Are People Into That? 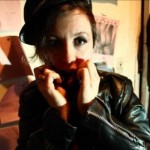 You’ll have to listen to it to hear it all!

“I can say in my experience that being taken through the experience of being degraded by someone that I trust in a way that is hot, fun, and consensual and then surviving that, and then the person who is calling me names or making me crawl around, that then that person picks me up and holds me and we go get ice cream. That makes me feel like when I walk down the street and somebody tries to humiliate me by catcalling me or whatever that I just don’t – it’s like the spell is broken of that because I’ve gone through it and come back the other side. It’s like exercise. Those muscles are strong. I know what to do with my emotional reaction to that.” – Tina Horn

“The idea of being vulnerable and of feeling unsafe in a situation that is actually safe. That’s is the art of it. That is why I think that humiliation play is not something to take on lightly. Embarrassment is what I consider kind of low level, more of a teasing vibe – and it tends to sound a bit more affectionate. That’s an easier energy to play with. But really when we’re delving into hot buttons, and a lot of times the stuff that turns us on is the stuff that is the most taboo in our lives. It’s about exploring all of those things but in a way that you are aware of and that you have, on both sides of the power dynamic, a level of control.” – Princess Kali

@Princess_Kali your episode is my highest rated podcast ever! Thanks for all the promo and for being so brilliant